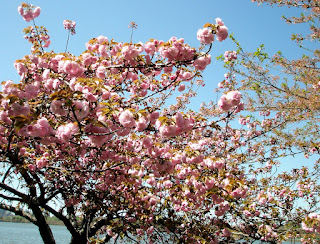 We landed on the East Coast about midnight Monday evening and within hours were at the National Cherry Blossom Festival in Washington D.C. The weather was perfect (unlike when we were there two winters ago) and we ate at this great restaurant called Founding Farmers.

The day we were there was exactly 100 years to the day after the first two cherry trees were planted.

Check out a story I wrote for the L.A. Time's Travel Blog, "Washington: Cherry blossoms, gifts that keep on giving, turn 100." 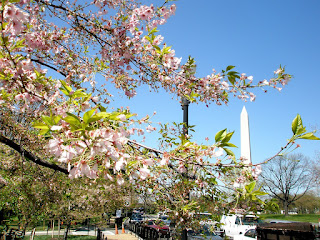 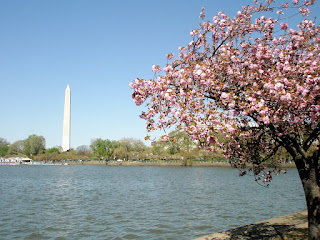 Posted by The Morris Family at 11:50 AM No comments:

So I may have gotten in over my head with the Antarctica Marathon, but I was able to raise thousands for penguin conservation and I still followed through with running a marathon. This past Sunday I ran the L.A. Marathon — 26.2 miles from Dodger Stadium to Santa Monica. 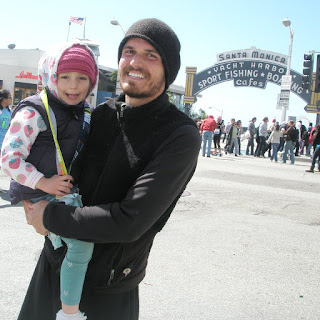 The day started at the stadium in the early morning darkness with Flea (the legendary bassist from the Red Hot Chili Peppers) asking me if I knew the time. From that moment on, the day was a blast! The crowd had a great energy and I felt unstoppable on the course, which went through downtown before heading to Hollywood and Beverly Hills (probably the only time I'll ever be on Rodeo Drive) and on to Santa Monica. 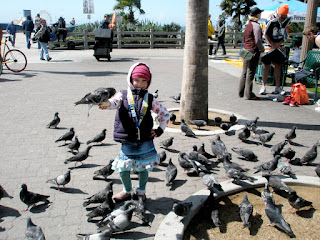 It was there where Ediza took a bagel that was handed to me at the end of the race and fed the pigeons with it. Wearing my medal, she posed with Amber at the pier. Amber got to show us where she used to live across from the pier when she was Ediza's age. 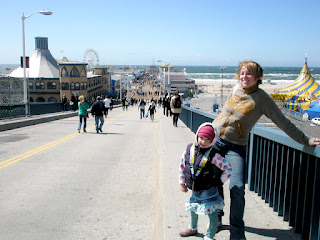 The beach was super windy and cold (although probably a bit warmer than Antarctica). 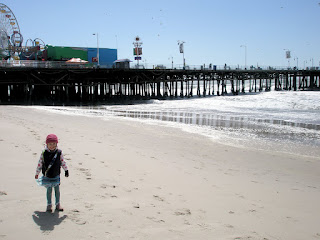 Posted by The Morris Family at 9:21 AM 2 comments: