We spent last weekend up at Lake Tahoe because Amber played against the roller derby team there. It was a good bout, but the slippery outdoor track and altitude gave the home team the advantage to win. We stayed at a nice time share, got to explore the lake's shore a bit and had some amazing food (including toasted coconut french toast for breakfast)! 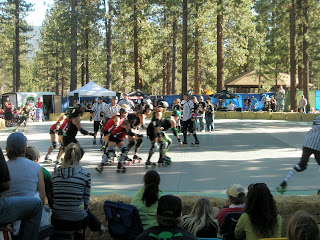 This weekend we plan to head back to the Eastern Sierra and camp at some hot springs. Speaking of the East Side, please check out "Hiking the Sierra with three llamas and a baby" online at travel.latimes.com and in this Sunday's L.A. Times Travel section. Thanks:)
Posted by The Morris Family at 7:49 AM No comments:

Since meeting King (the horse in Yosemite), Ediza and Amber have had a joint horseback riding lesson at a therapeutic riding center just down the road from us. Ediza rode a horse named India. 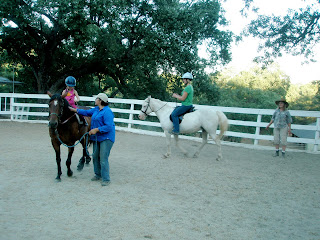 A few days after that we took two llamas up to the mountains for a horse trail riding event. We were one of the obstacles and the horses were judged at how well they handled themselves around the llamas (which can sometimes spook them, especially if they've never met before). 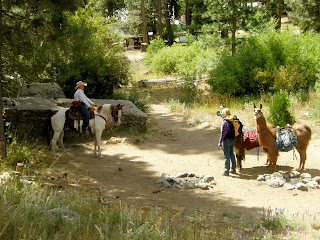 Earlier this week we returned from the fall Strawberry Music Festival. This festival I arrived early to help set up the stage, which saw the likes of Arlo Guthrie and Keb' Mo. After Keb' was finished Sunday night I helped take down the stage and wrapped up the job Monday morning (nothing like some labor on Labor Day).

Here are some shots of Ediza at Strawberry: 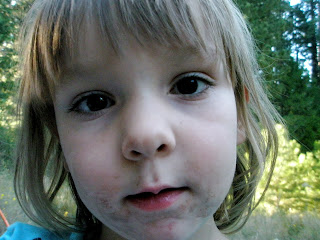 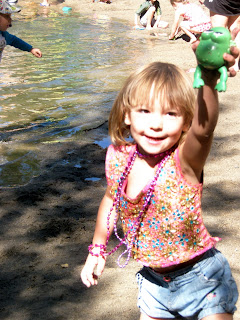 An aspiring photographer, Ediza turned the camera on us: 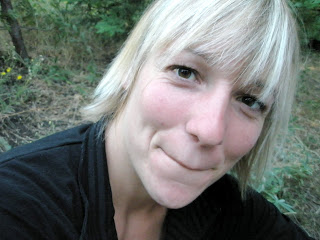 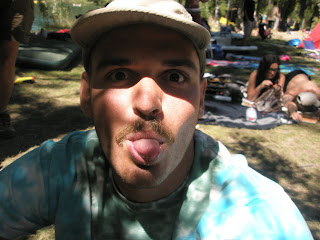 Posted by The Morris Family at 7:03 AM 2 comments: