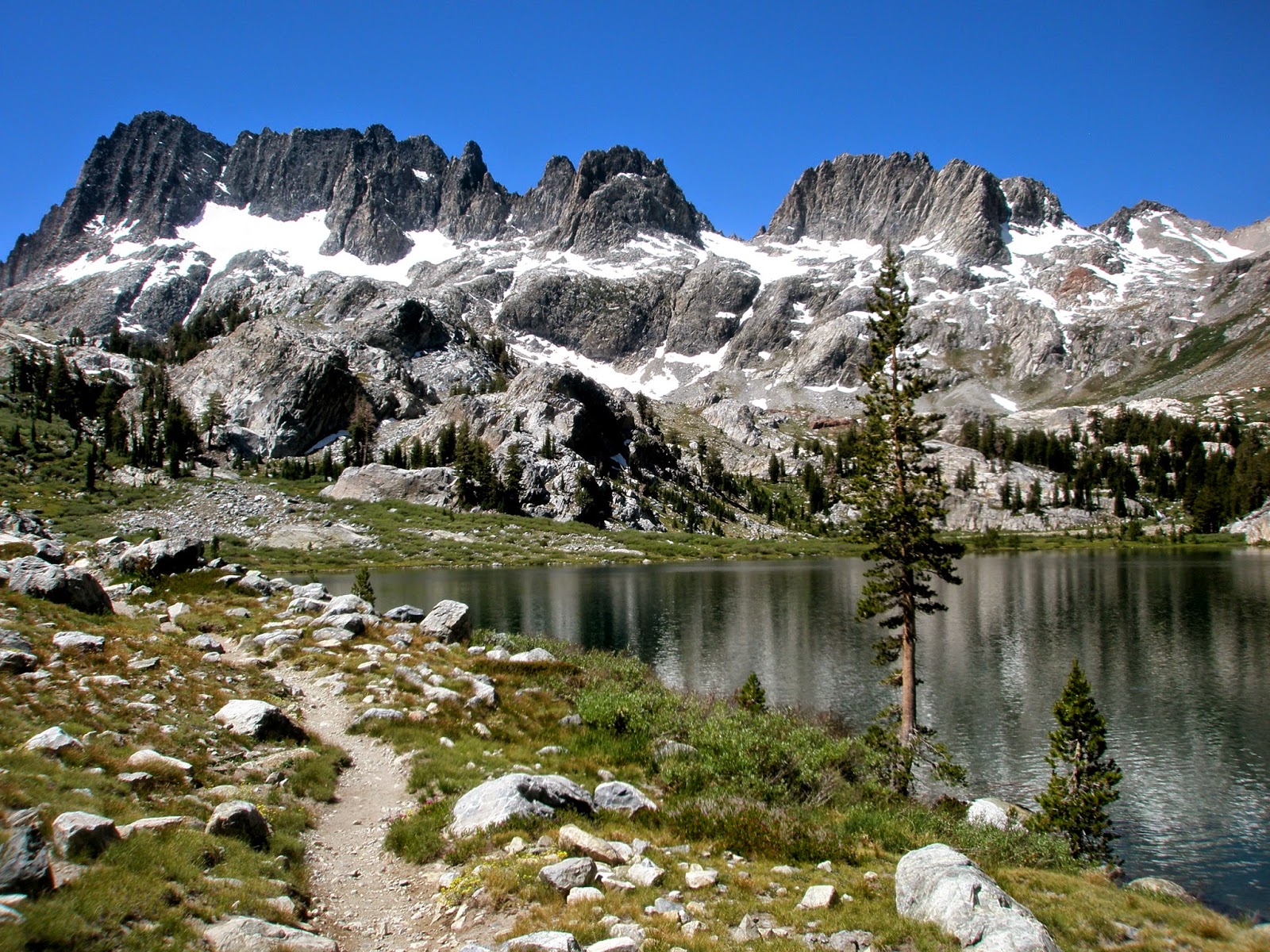 We just returned from our annual trek to Ediza's namesake, Lake Ediza. While it was our 8th summer in a row making the hike, it was our first without the llamas (although Ediza did bring Peak, her stuffed toy llama).

Our journey started with a trip over Tioga Pass and a visit to our favorite park at Mono Lake followed by camping at the hot springs near Mammoth Lakes.

The next morning we started our hike, and this photo was taken at the bridge before the climb up to Shadow Lake. (Pepper, the dog Ediza is hugging, belongs to the person taking the picture). 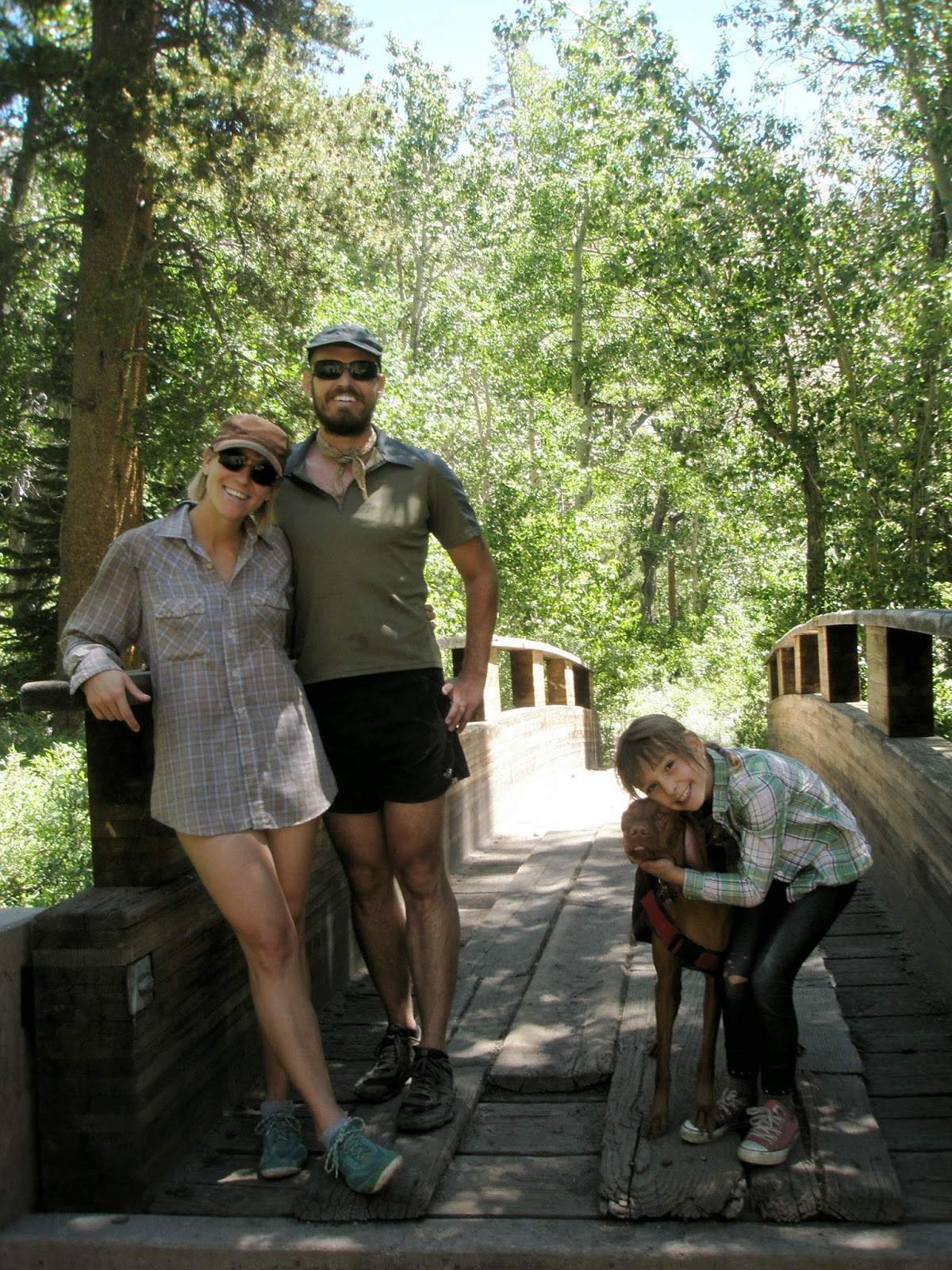 Once we arrived at the lake — in the Ansel Adams Wilderness of the Inyo National Forest — the weather was very dramatic with heavy winds and large, cold raindrops. Ediza took it all in. 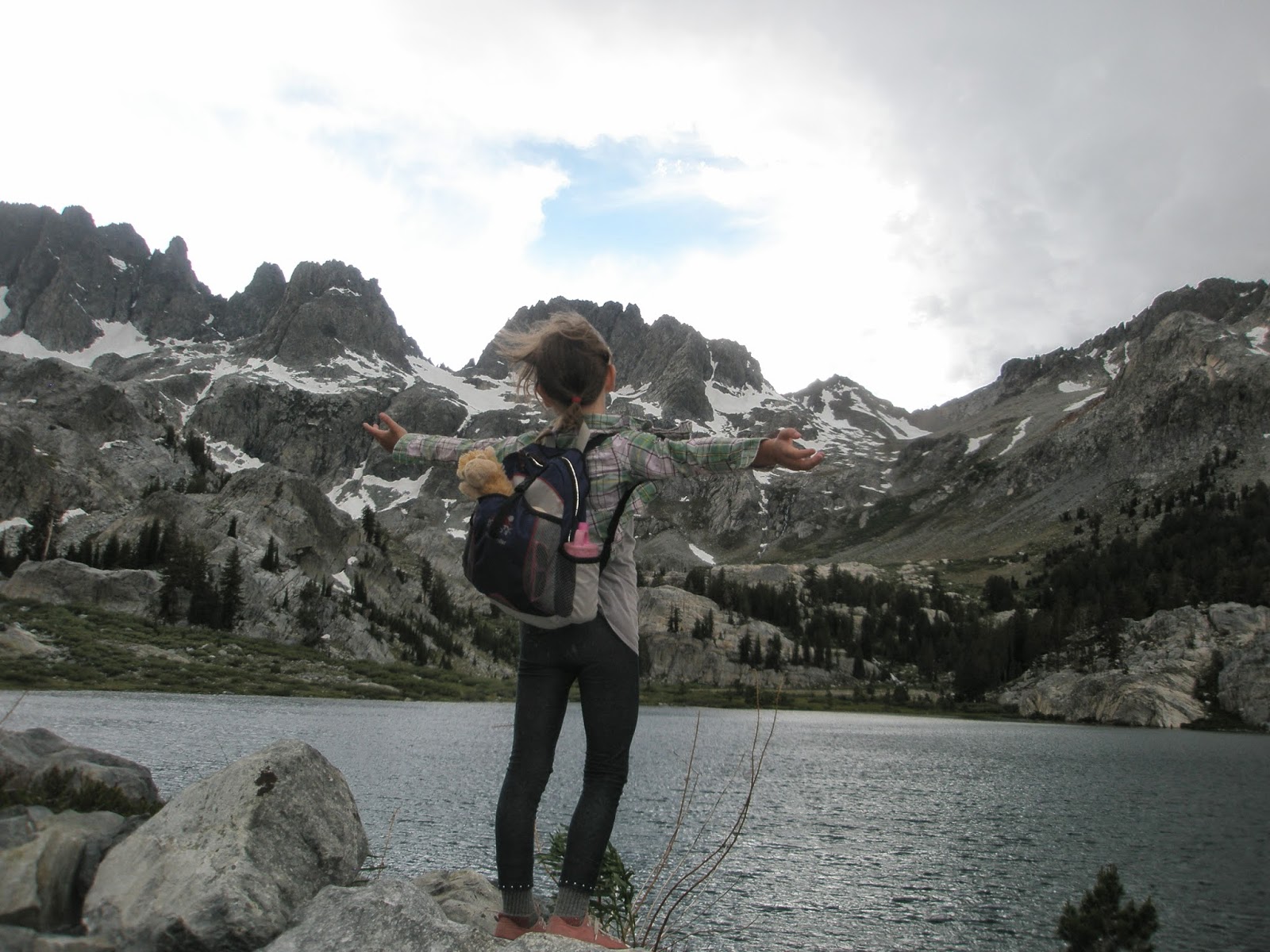 The next morning the sun was out and we were off exploring early. 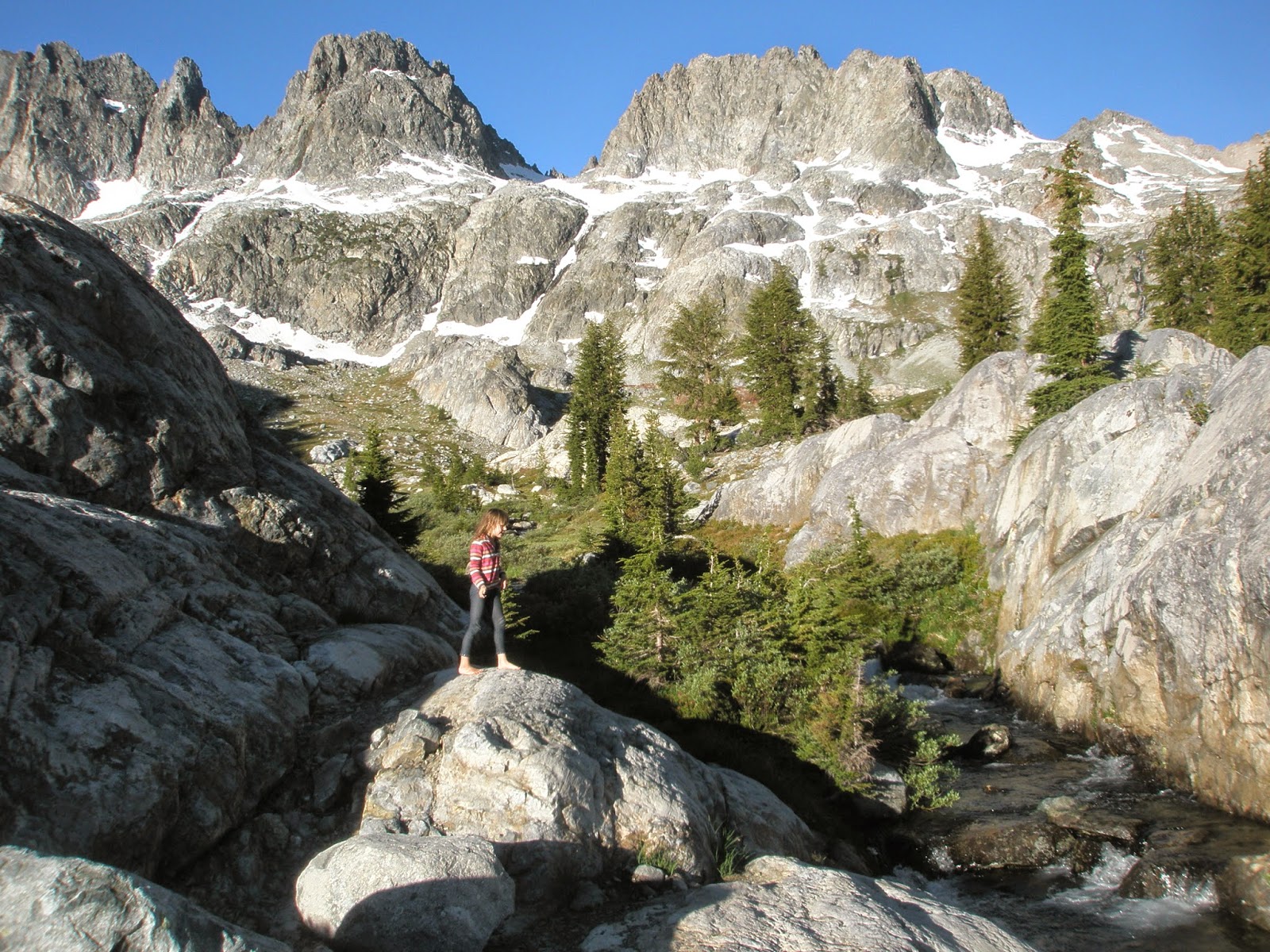 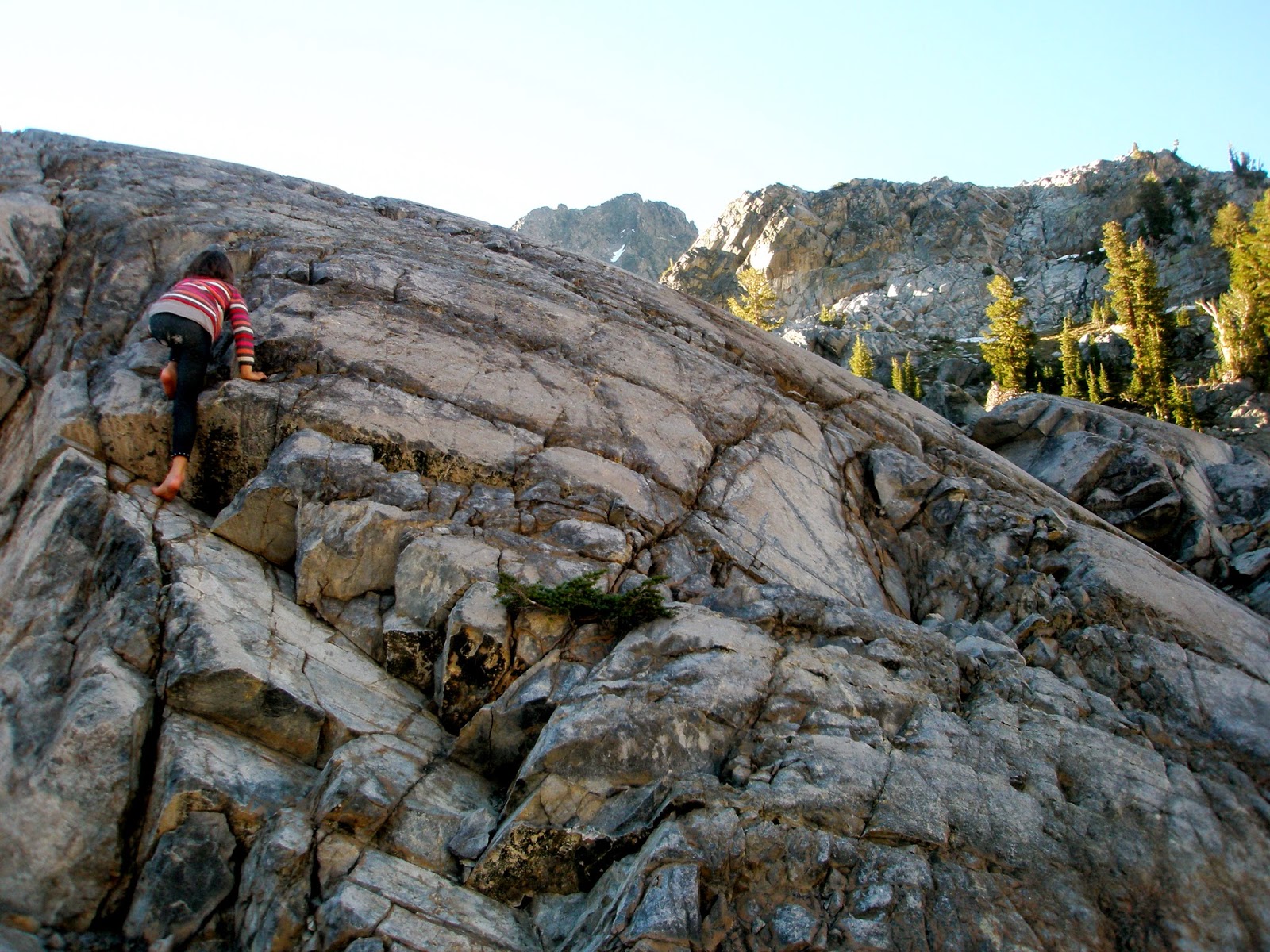 Later we had to spend some quality time in the tent as we were being swarmed by pesky mosquitoes. 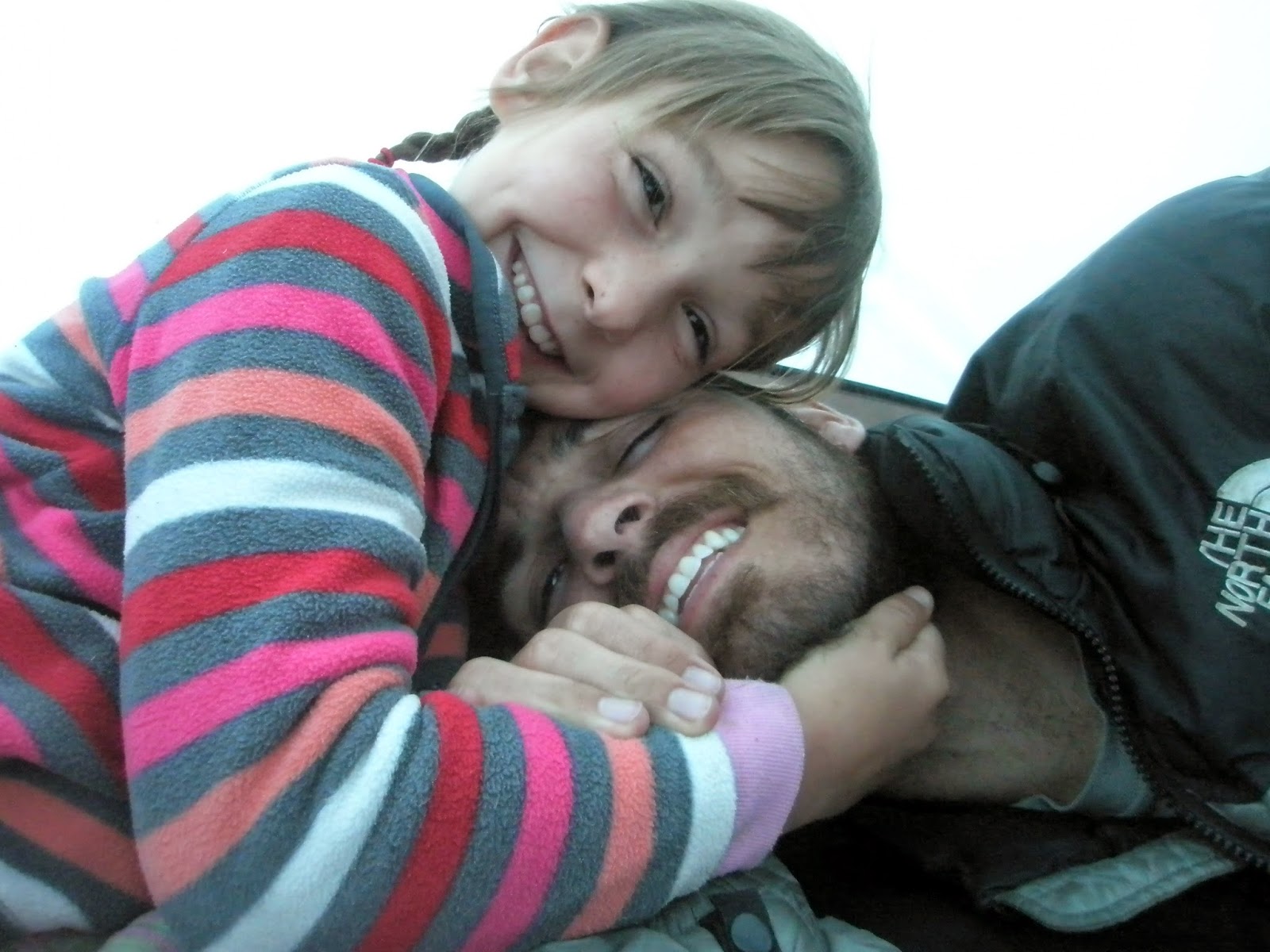 We then played in the rushing snowmelt water. 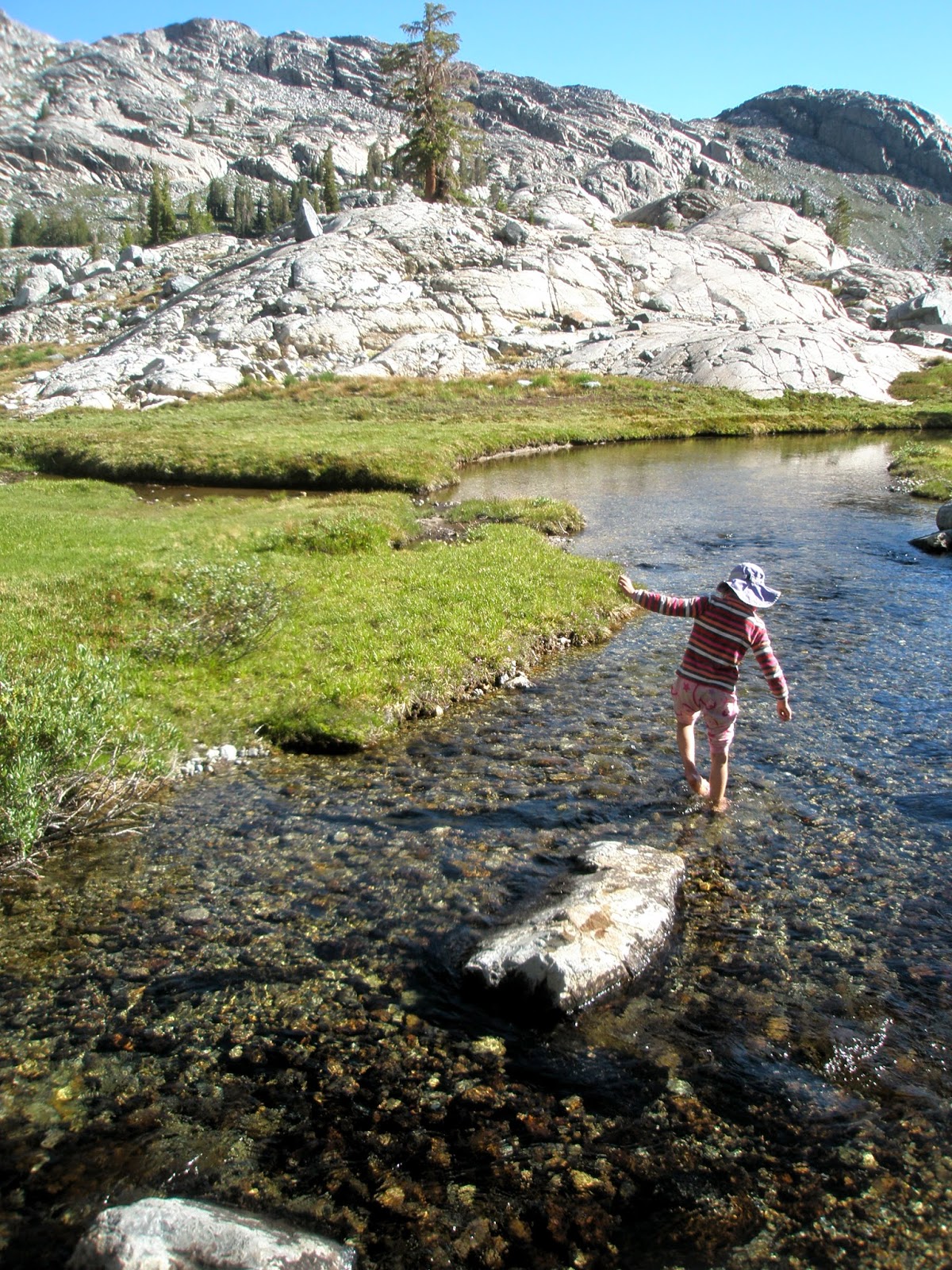 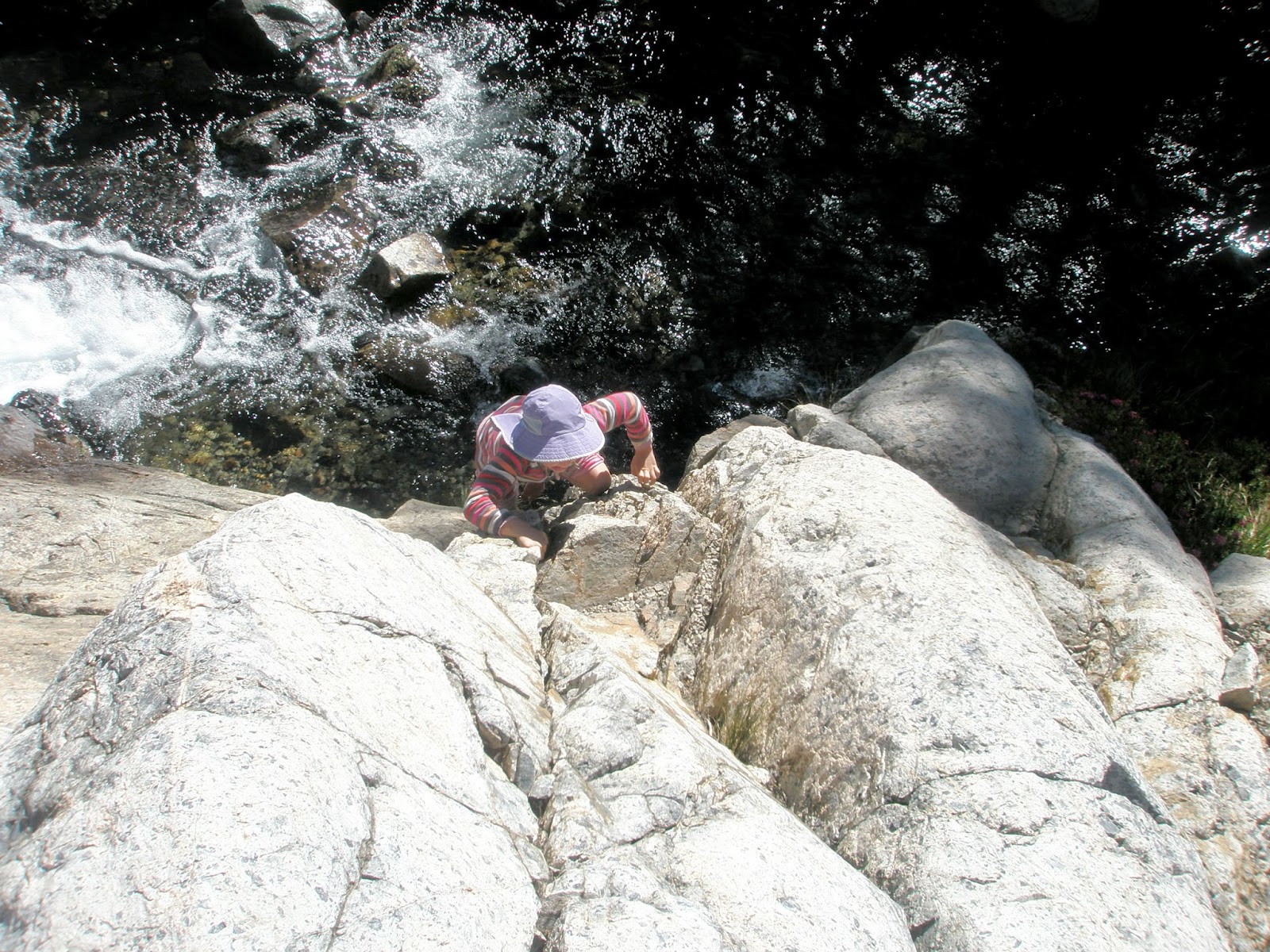 After two nights at Lake Ediza, we started the journey back. 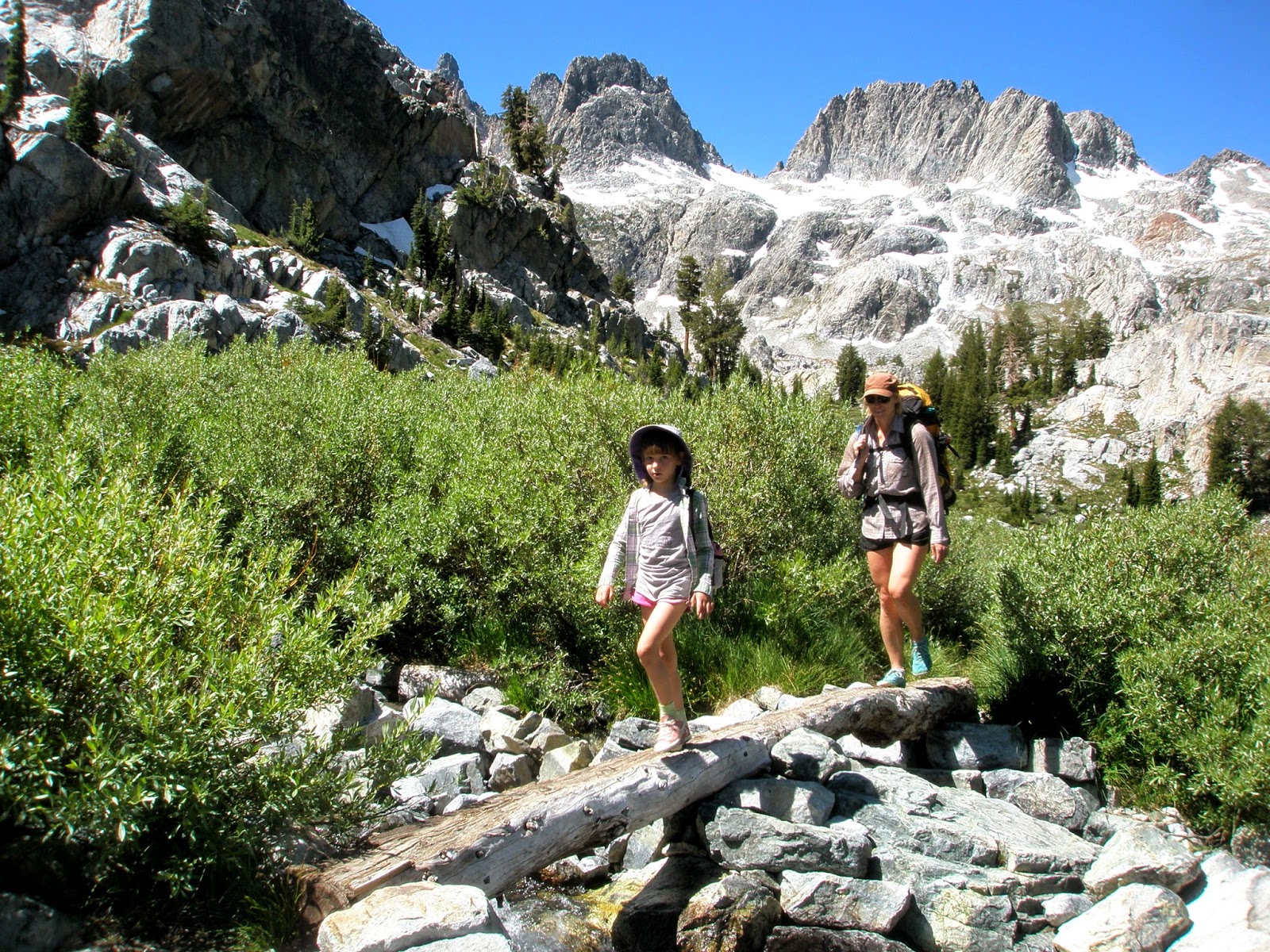 At our new campsite, Ediza — playing the role of a marmot-chipmunk who would only answer to the name "Chubs" — made her home in a downed tree. Amber later joined her. 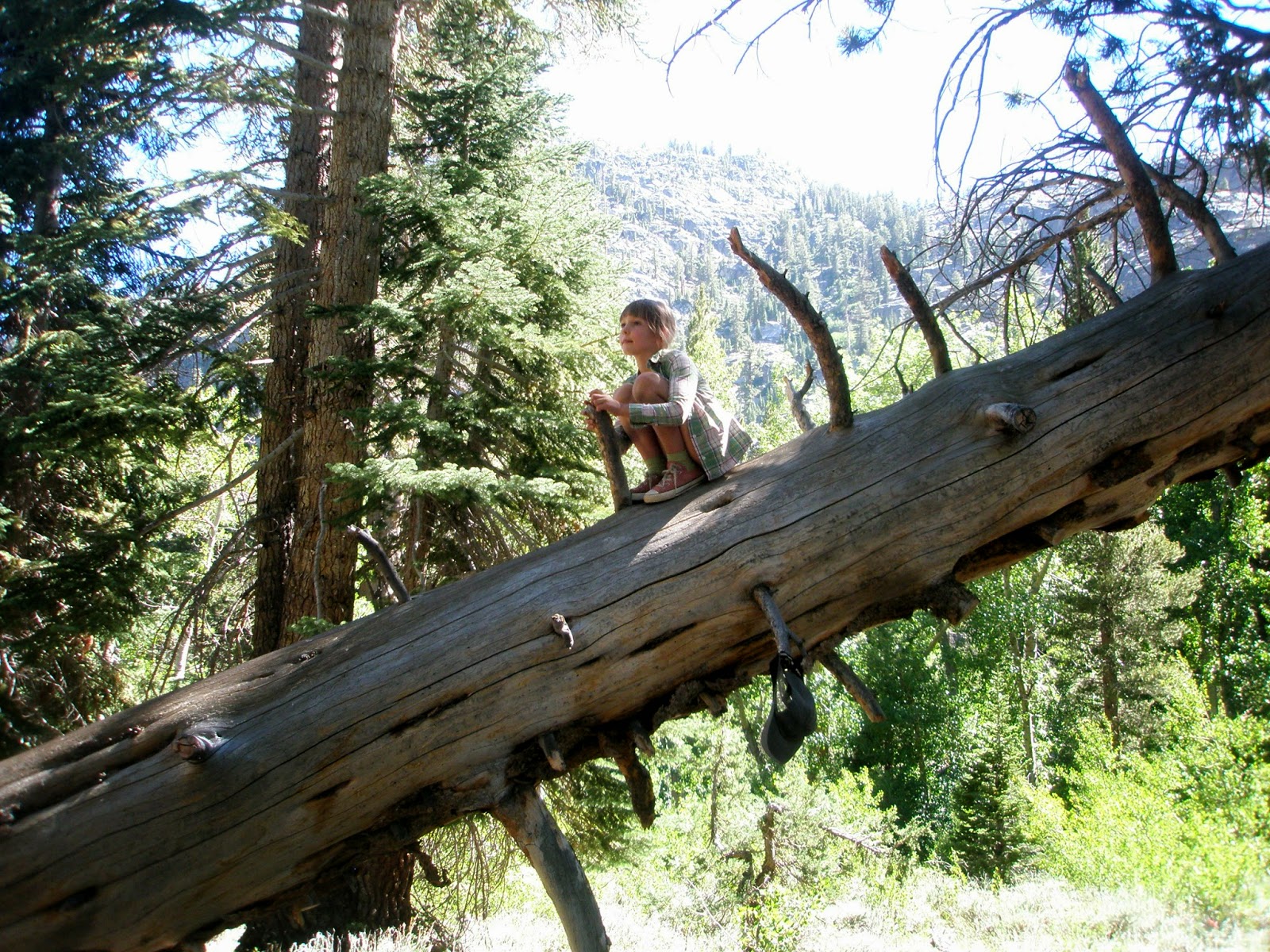 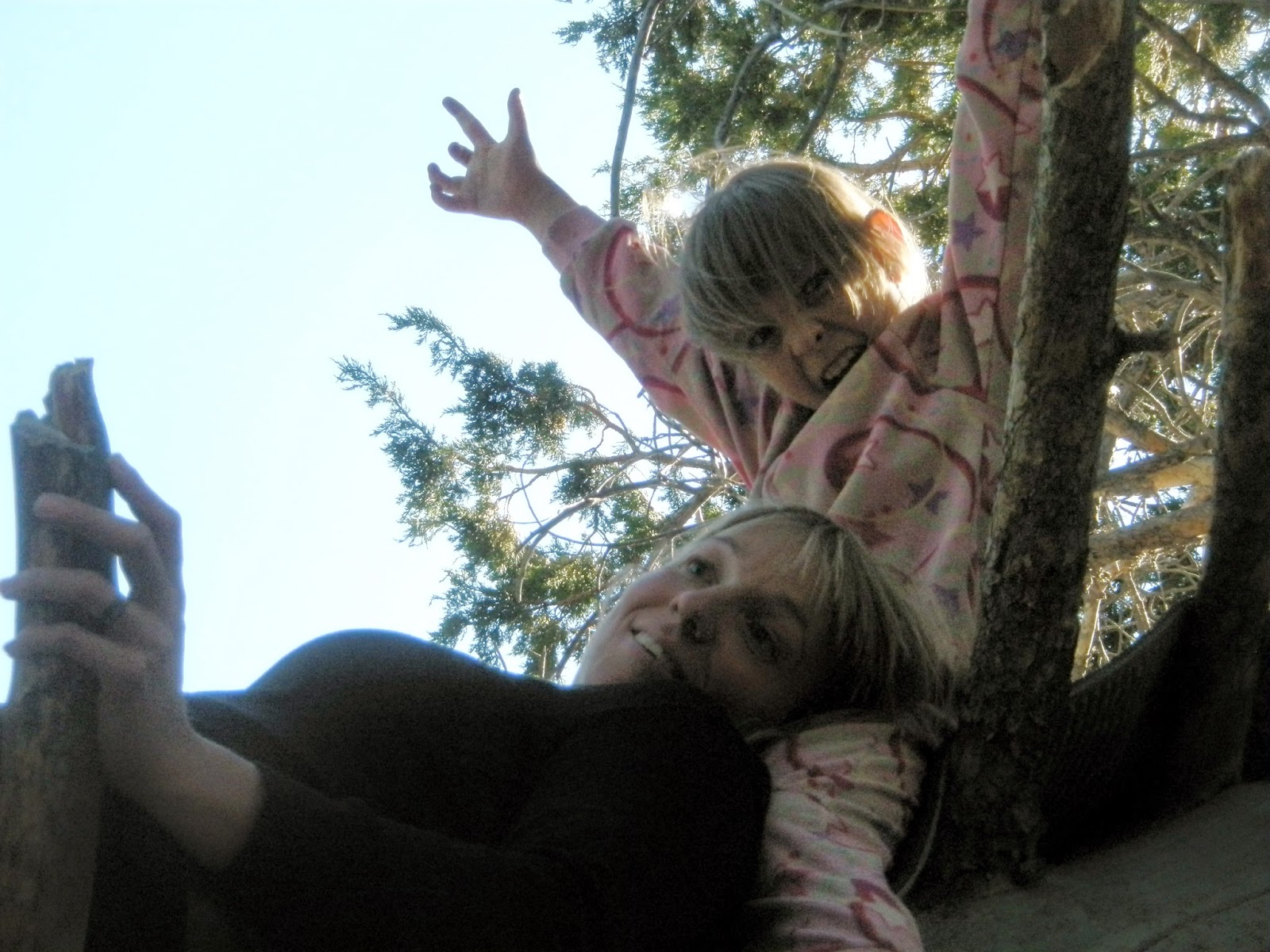 The next morning we went from eating oatmeal to arriving back in Mammoth, where we indulged in a hotel stay and eating out (including Amber's new favorite Ben & Jerry's flavor called "Chocolate Therapy"). 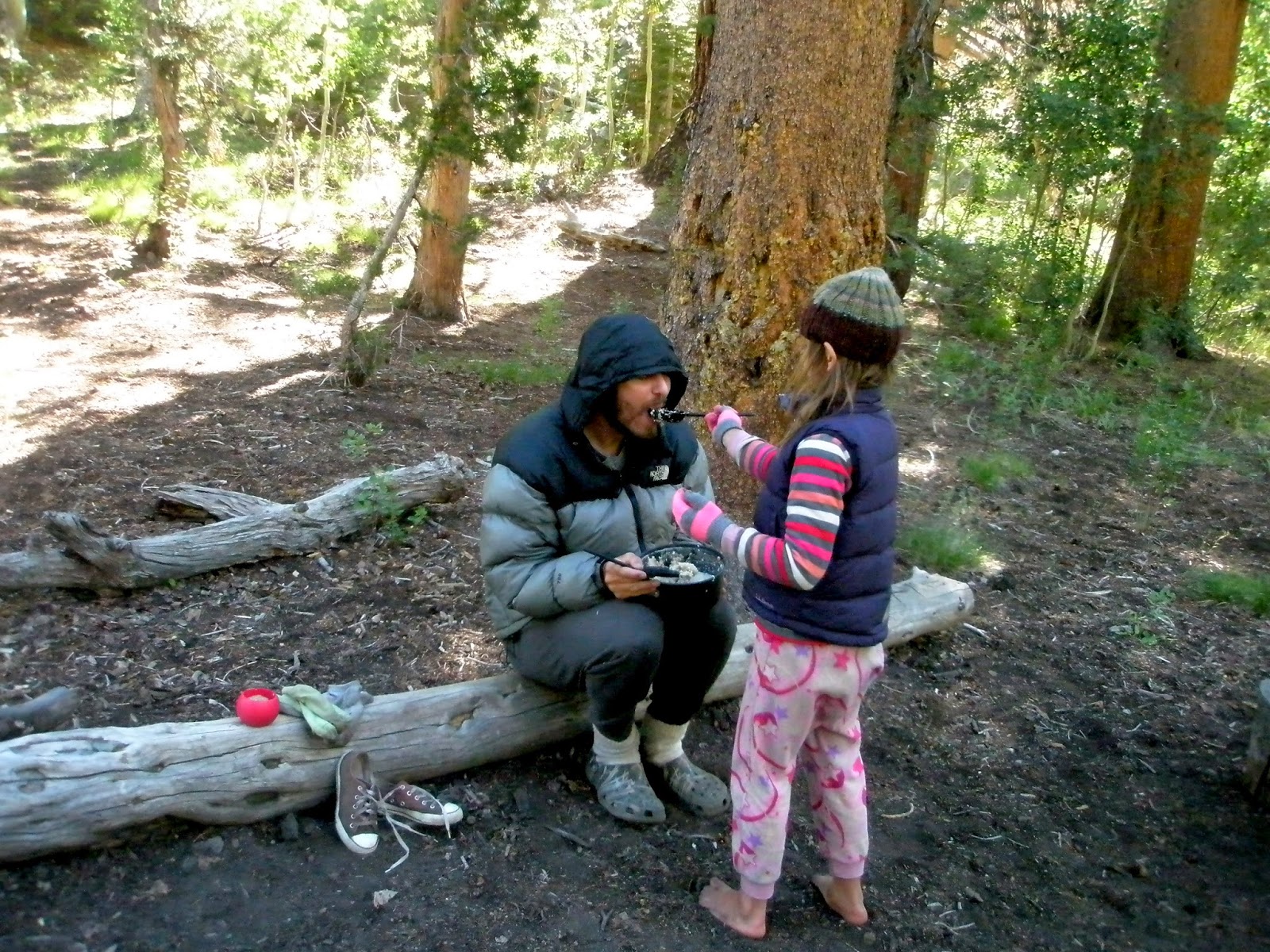 After mastering the real thing, Ediza went up this climbing wall at the ski area. 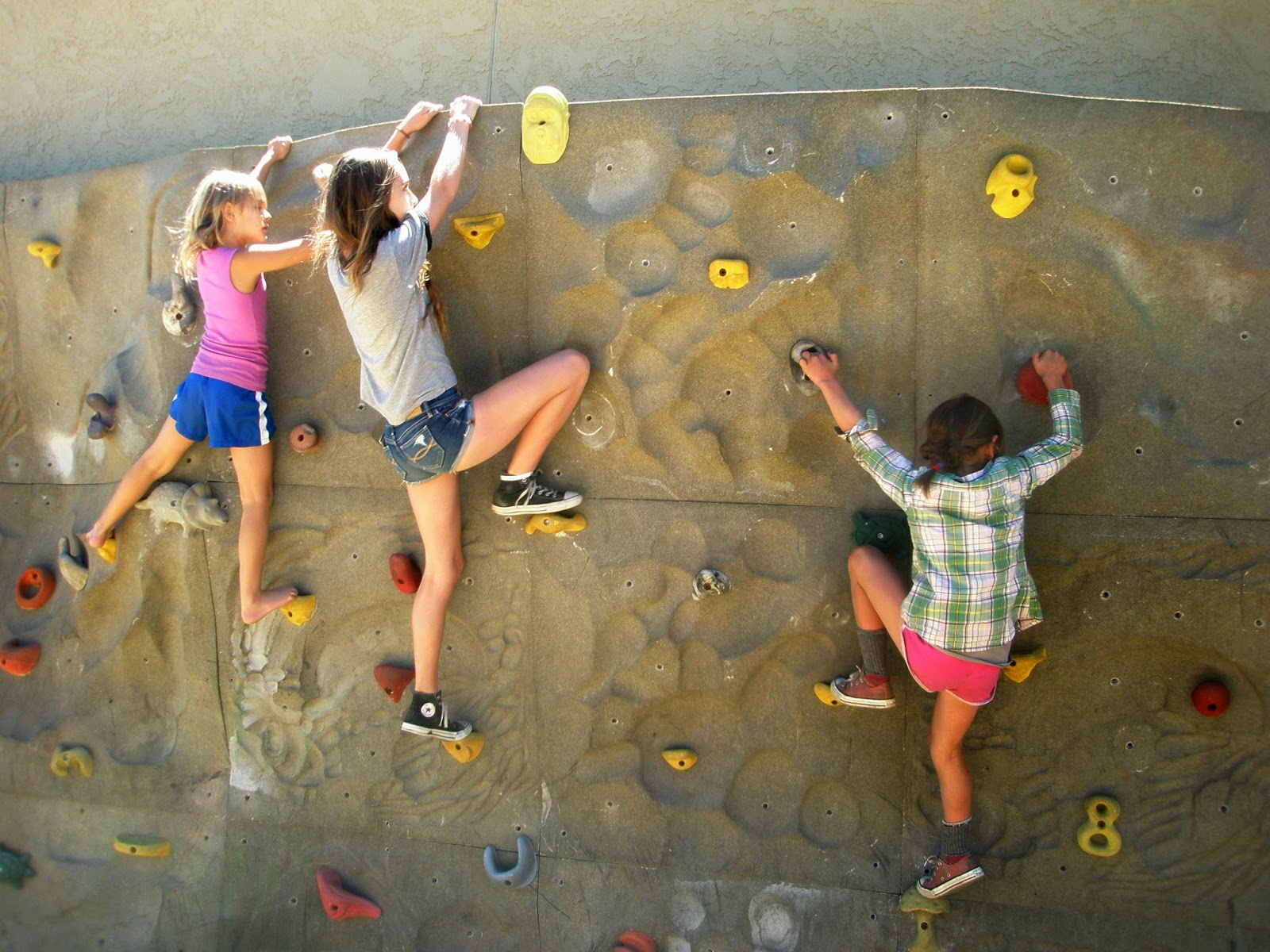 We also stopped by the Independence Day festivities in Bridgeport before making our way over Sonora Pass, where we helped a motorcyclist who had crashed near the top.

Another adventure complete, we are already looking forward to next year's return.
Posted by The Morris Family at 4:08 PM No comments: