Looks like I took the winter off from posting anything, but now that it's spring I guess I'll share some new pics. My parents were in town (visiting from Maryland) last week and we did all the usual tourist outings. Here's a family shot at Lower Yosemite Fall. 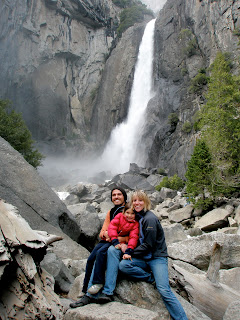 On Easter, the bunny at Columbia State Historic Park handed out real carrots to the kids (and they hunted for real hard-boiled eggs)! 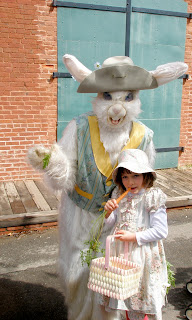 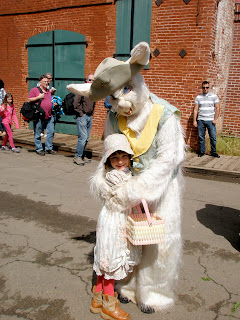 During the past few months, I've visited the four state parks in our region — Columbia, Railtown, Calaveras Big Trees and Indian Grinding Rock — for an upcoming story in Friends and Neighbors magazine due this summer (for the new spring issue I wrote an article about the benefits of tai chi). Here's a pic of Ediza and her friends inside the Pioneer Cabin Tree at Calaveras Big Trees State Park. 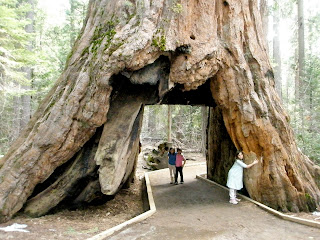 We had never been to Indian Grinding Rock State Historic Park in Amador County, but we really enjoyed our trip there — walking around and imagining life as a Native American. These holes in a stone slab are where Miwok women pounded acorns into meal. 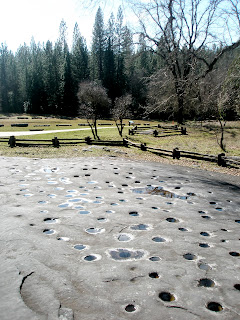 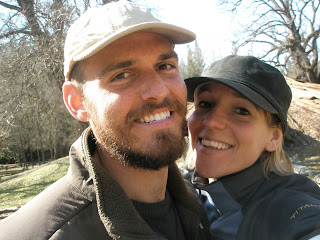 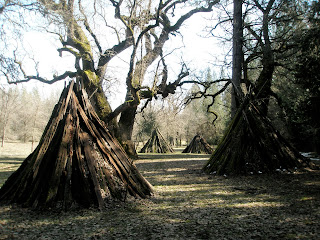 Let's see, what else have we been up to? Amber is continuing her second year as team captain of the local High Country Hellcats roller derby team (their next home bout is April 27). We helped with a huge Bollywood-themed fundraiser for Ediza's school, the Sierra Waldorf School's Rites of Spring Auction. And in two months I will be running a marathon along the Inca Trail in Peru. More on that one later.

Posted by The Morris Family at 3:18 PM No comments: