So far this month, our weekends have been spent at a wedding along the Merced River in El Portal, at crowded Disneyland in Anaheim and up north in Chico for Amber's roller derby bout. 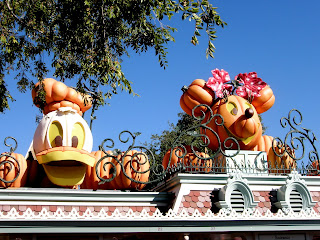 We're more kind of camping people rather than Disneyland people, but we still (mostly) enjoyed this crazy experience. We took Ediza (who turned 5 this past weekend) and Shannon (one of the Circle Home gals who is obsessed with Disneyland).

Amber bid on these tickets last year during a fundraiser for Ediza's then-preschool, and she assured me that we wouldn't win them. Well, guess what? We won the tickets and ended up going a year later!

Here's Shannon and I outside of "It's a Small World"... 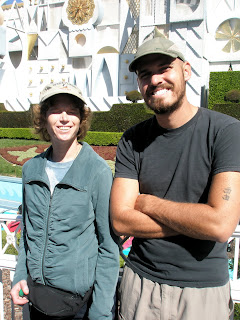 And Amber and Ediza during lunch (notice the birthday badge). 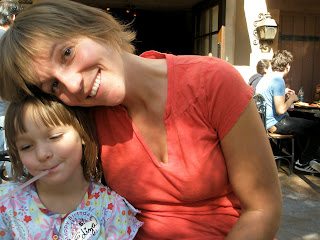 Ediza got this Princess hat as an early birthday present. 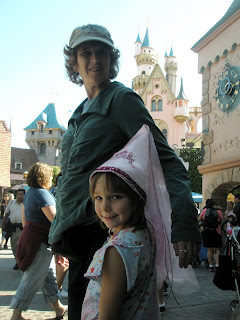 She spent her actual birthday in Chico the following weekend for Amber's roller derby bout. Her team lost, but apparently made up for it during the after parties (Amber rode a mechanical bull at one bar). The next day I went on an awesome tour of Sierra Nevada Brewing Co. and we all went out to eat at the brewery's restaurant. 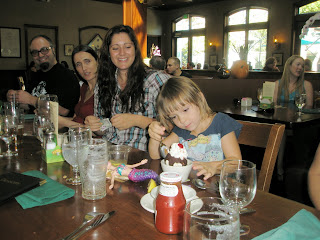 Here's Ediza with her birthday sundae. She sure looked stylish in her dress made from an old Sierra Nevada Bigfoot T-shirt.
Posted by The Morris Family at 2:01 PM No comments: 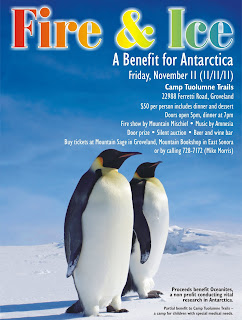 Sorry for the lack of posts, but this event (along with working, writing and family time) has been occupying all of my time. If you're able to attend, please contact me about tickets. If you're not, please consider making a tax-deductible donation here (just choose "Oceanites donation on behalf of marathoner Mike Morris" under the "Select a program to donate to" section). Also, check out Fundraising for Antarctica (help me save penguins & glaciers). Many thanks!
Posted by The Morris Family at 9:32 AM No comments: