Here's some of what we've been up to the past month...

A dozen of Ediza's friends slept over for her 8th birthday party. It was an "under the sea" theme with lots of activities, including pin-the-tail-on-the-mermaid. In this pic, they are hitting a pinata (shaped like a whale, of course) in the backyard. 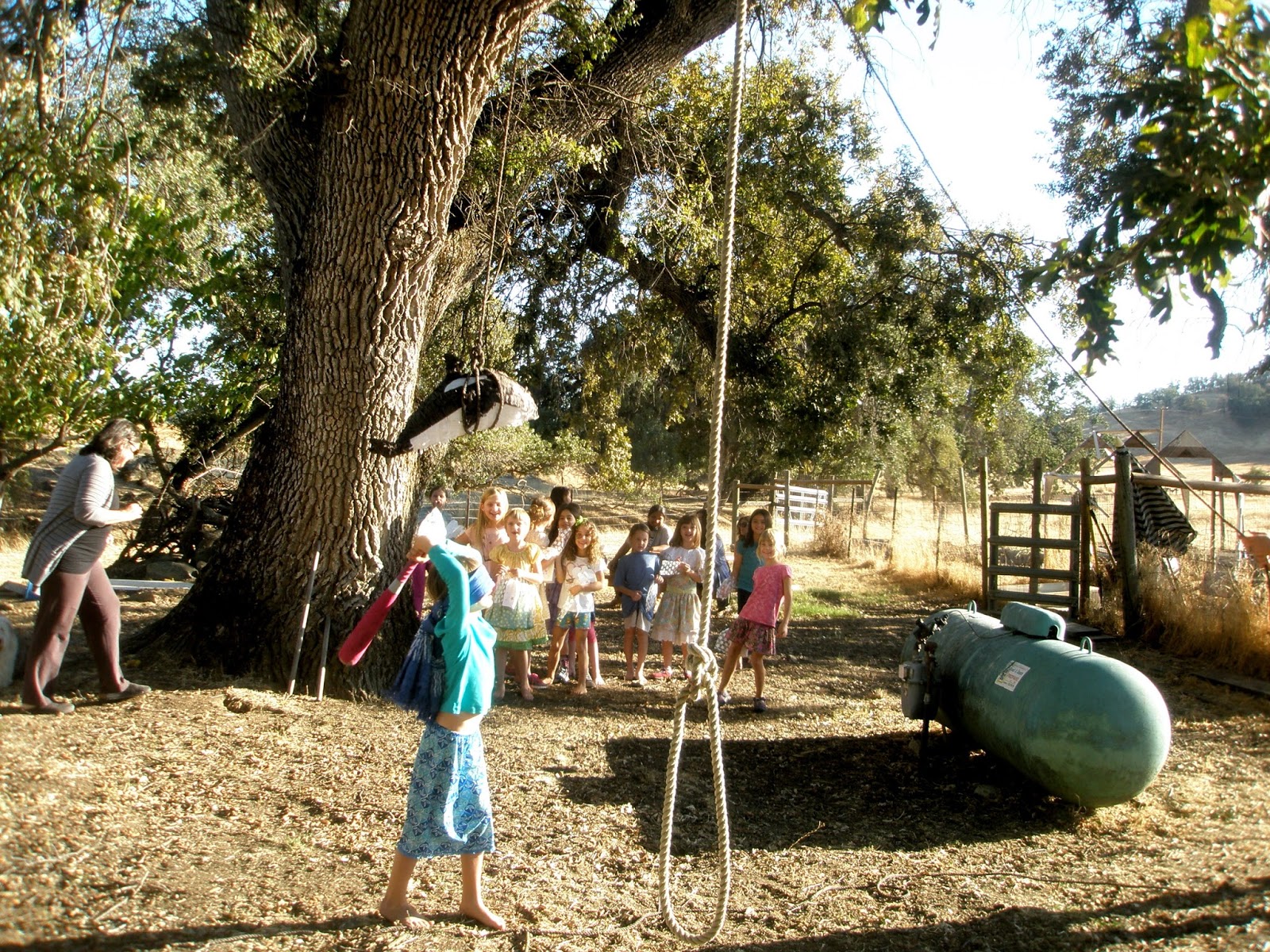 After a tea party breakfast and everyone left, we headed up to Bell Meadow that afternoon to check out the golden aspen grove. 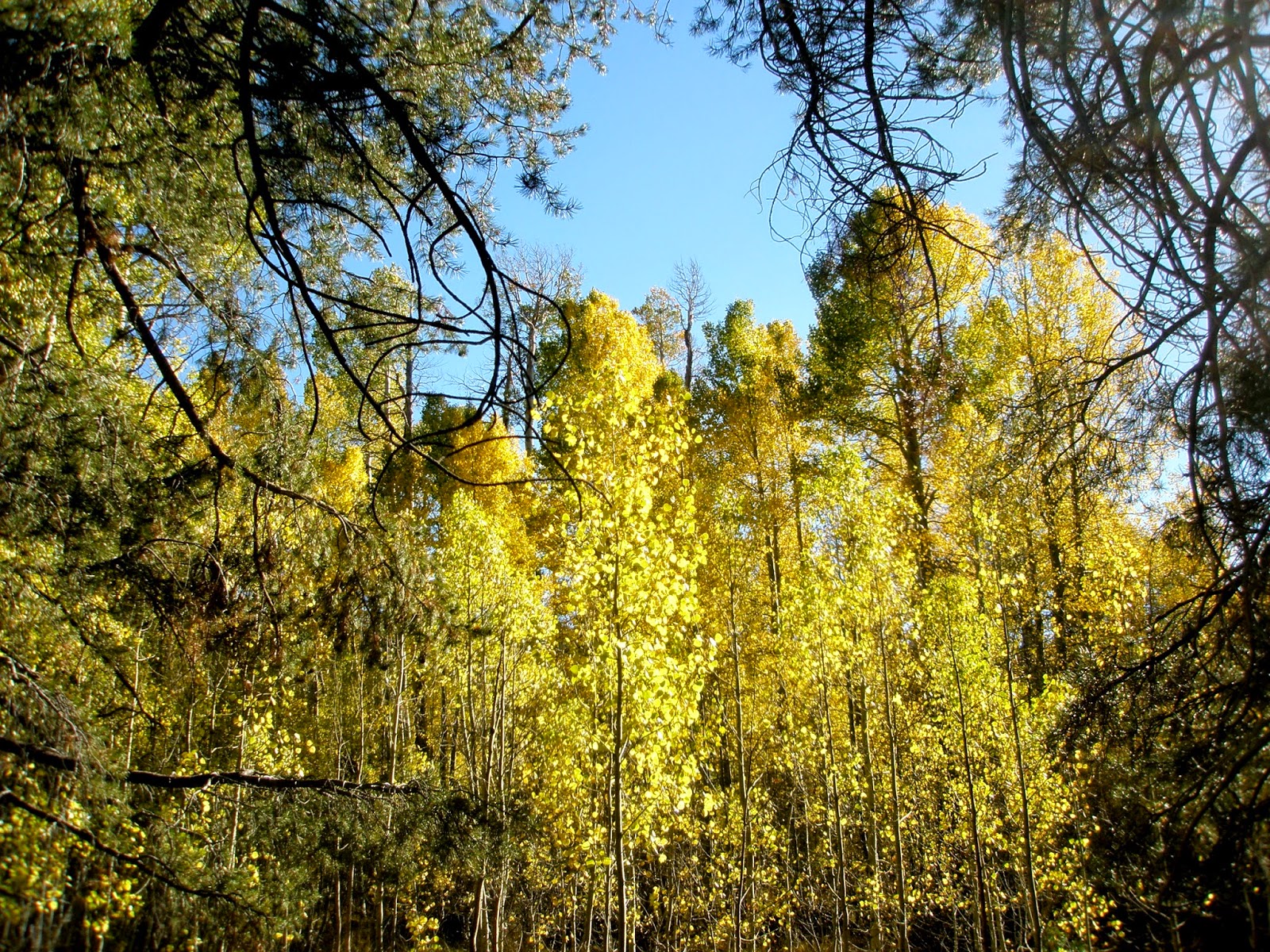 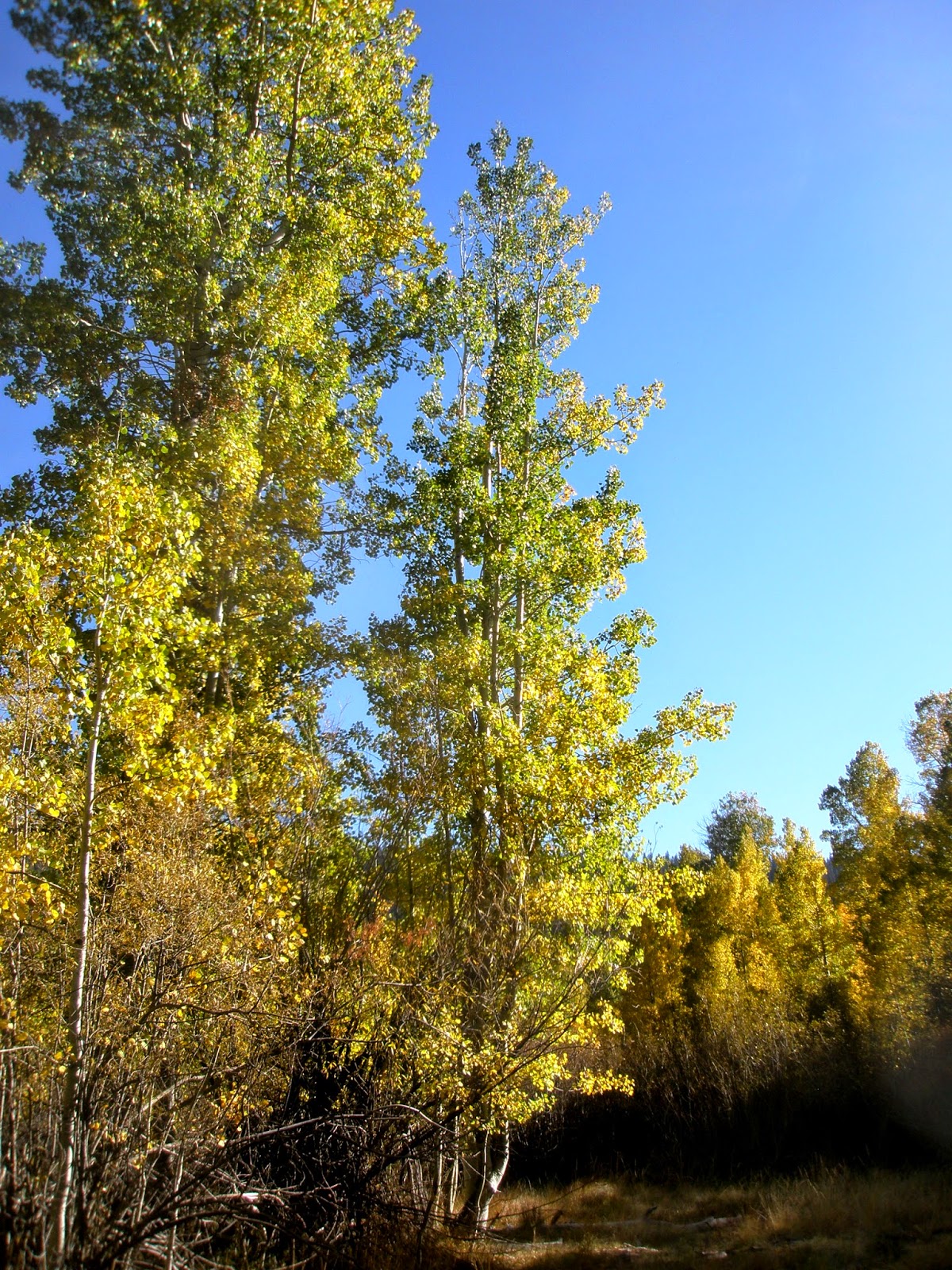 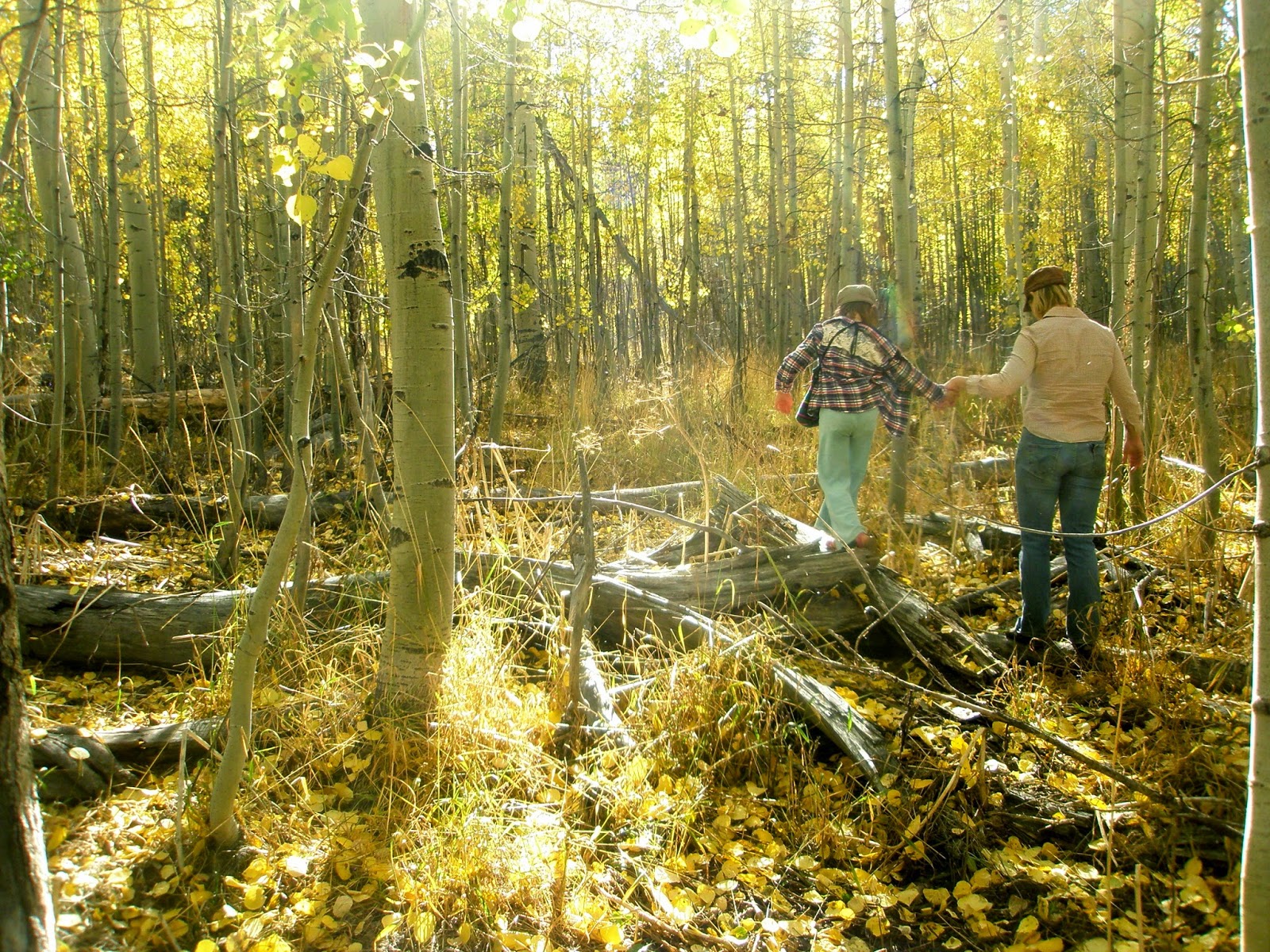 The following weekend we took two llamas up to Camp Tuolumne Trails in Groveland to visit with some special needs campers. Here, Golden is checking out the view. In the background is a new lookout where you can see damage from last year's massive Rim Fire. 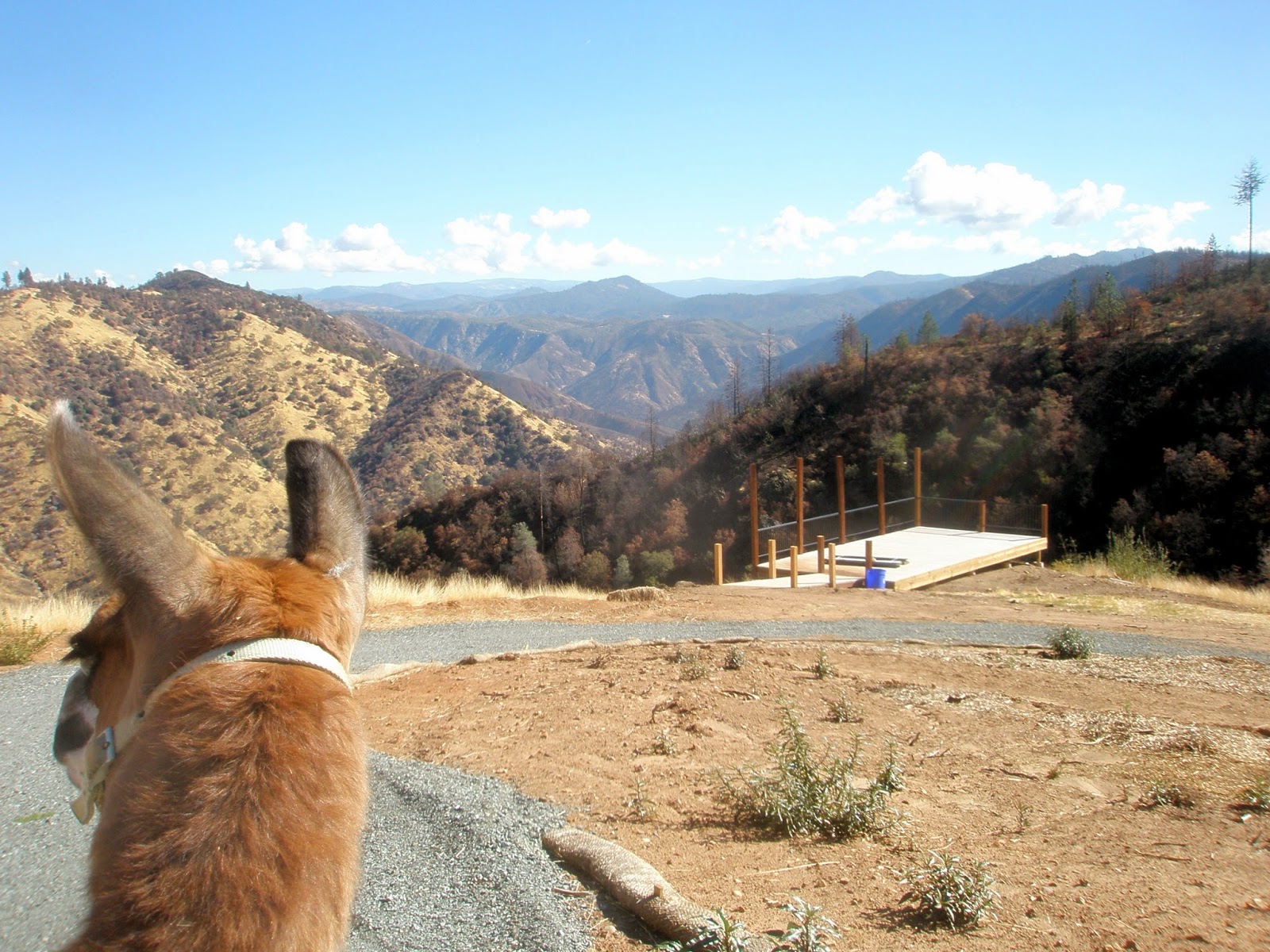 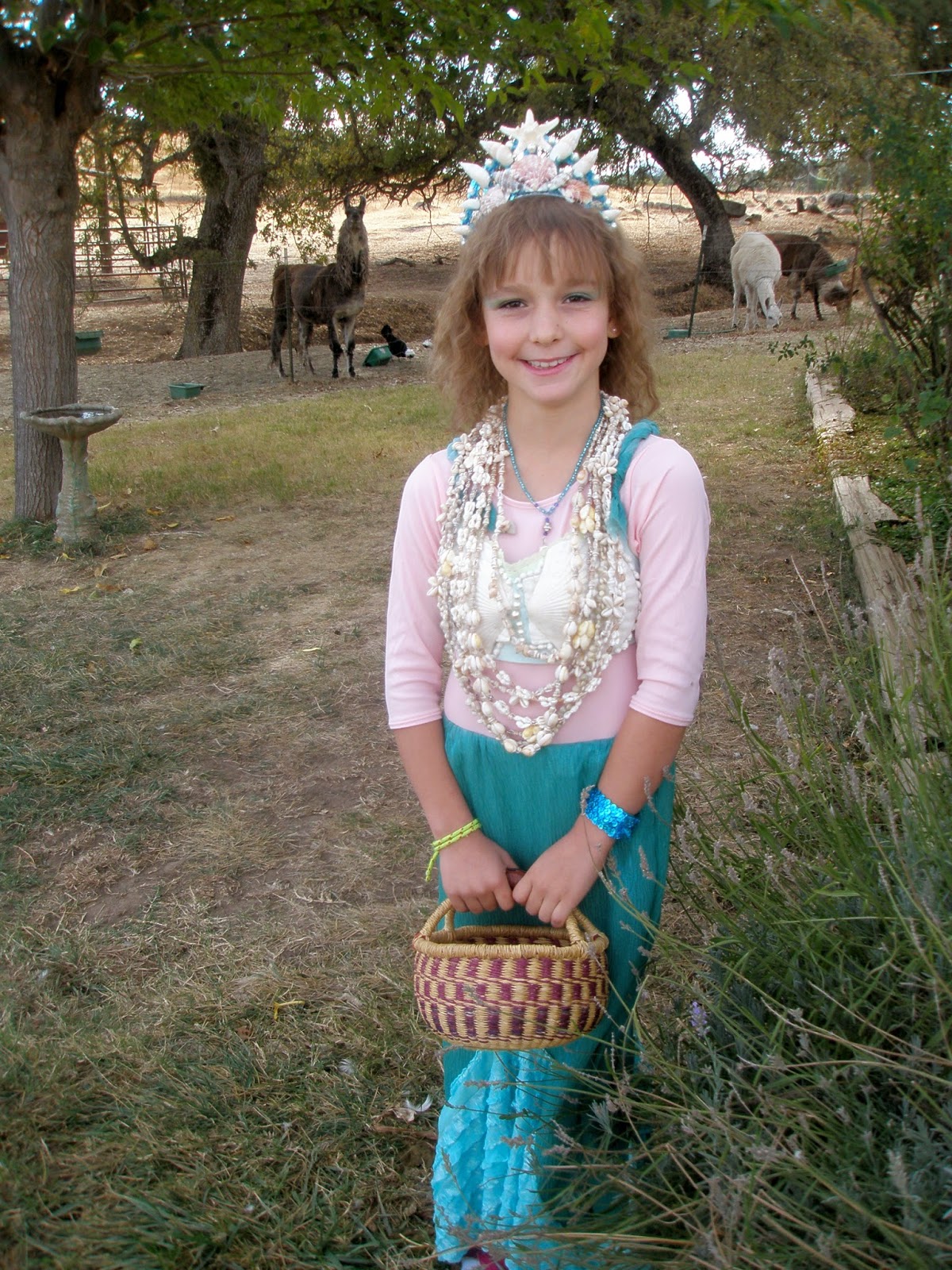 We went to a variety of Halloween-themed events, including the festival at Sierra Waldorf School, trick-or-treating at Rocky Hill (which I wrote about) and "Dia de los Muertos" in Murphys. Amber also went to a midnight showing of the "Rocky Horror Picture Show," where she won a costume contest (no pics of that one). My coworker voted for her and didn't even know it was her....that's how good the costume was!
Posted by The Morris Family at 2:27 PM No comments: